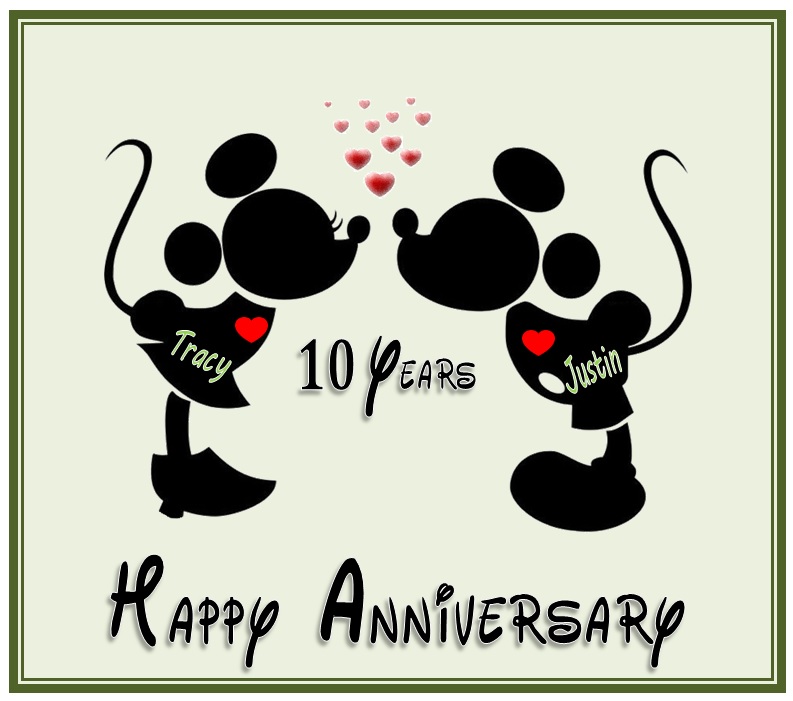 My wife and I recently celebrated (about three months prematurely) our ten-year wedding anniversary.  Being avid Disney fans, we naturally decided on our third Disney cruise.  We selected a three-day Bahamian Itinerary.  We also traveled without our children, which allowed us to have an extensive list of first experiences aboard the Disney Magic.  The ship was a first as our previous two cruises were aboard the Disney Dream.  Other first-time experiences included the use of Magical Express transportation to and from Port Canaveral; a couples spa treatment; participating in the Castaway Cay 5k; relaxing at the adults-only area of Castaway Cay, Serenity Bay; going to a movie aboard the ship; and enjoying a beverage in Cove Café.  I hope to blog about these specific experiences in the future.  This post will focus on my thoughts and feelings of traveling without my two Disney darlings.

The trip began with a flight out of Midway Airport, in Chicago, Illinois.  I must admit that I am a VERY anxious flier!  My heartrate can confirm that.  I have a smartwatch and am fascinated by the heartrate monitor.  Normally, my heartrate is in the mid-60s.  Nearly the entire flight, my heartrate was in the low 90s!  The troubling part is that I did not have any children to be accountable for while checking in, going through security, or boarding the plane.  I have no idea how my body will handle that this summer, when we all fly to California.  We will have much more than a backpack to be responsible for!  The flight was smooth though we did not get to sit together because we were in boarding group C.  Early Bird Check in is already purchased for our trip this summer which will allow us to sit together.  The simplicity of only having to be concerned about a spouse and a backpack was very convenient.  Traveling to the Disney Magic from Chicago, Illinois was easy.

Disregarding planning, my Disney cruise began earlier than most cruise goers.  Disney’s terminal at Port Canaveral was a site to behold.  The excitement of seeing the ship and knowing we were beginning our vacation was more than likely a key factor in this emotion.  There were great family photo opportunities while approaching the terminal.  After checking in at the terminal, entertainment options abound.  A few tips: 1. If possible, try to get an early arrival time.  This will give you time to walk around and enjoy the atmosphere.  2. Take a family picture by the model of the Disney ship.  This is a great return-trip photo.  It never gets old!  3. There are cordon ropes that lead to the model of the ship.  They may seem a bit out of place.  Cue in those ropes!  This is one of the best photo opportunities of your family’s cruise!  Keep in mind, you may ask the photographer to snap a pic with your camera/phone.  Finally, walking under the mouse ears can leave one feeling giddy.  It is difficult to describe.  Each time I have gone through that entrance, I knew I was about to have a wonderful time and create lifelong memories-which happened on each of our Disney cruises.  Going through the entrance this time was much different without my children.  In the past, I took a step back and let them lead my wife and me onto the ship.  On this trip, we bypassed the family photo area.  We also came up with a clever “family name” for the introduction.  Then, we took our first step on the Disney Magic. 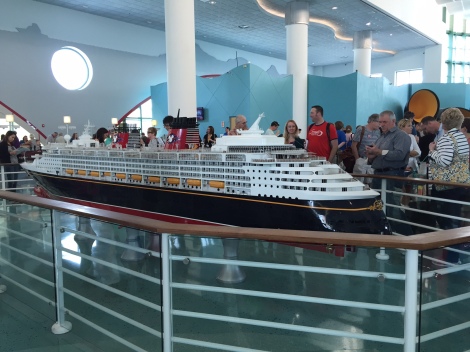 The first thing a lot of folks do when boarding a Disney cruise ship is…eat of course!  Dining without our children was something we were eager to experience.  Parents know that eating with two younger children, especially on vacation, is an adventure.  Upon boarding our past two Disney cruises we went up to Deck 11 on the Disney Dream to Cabanas.  Cabanas is a great place to grab a bite to eat.  The buffets on a Disney cruise have something to offer for everyone.  We decided not to go to Cabanas (Deck 9 on the Disney Magic).  Instead, we went to Carioca’s.  The only reason was to check out the dining areas of Carioca’s and Animator’s Palate.  When we first arrived at Carioca’s, there were very few people in the seating area.  This led to our first interaction with a server.  If you have had the pleasure of being waited on by a cast member during a cruise, you know that their service is rarely replicated.  I can say that again about this entire cruise.  Our server’s name who followed us was Ralph S.  He was great and made wonderful recommendations.  More importantly, he did not hold back about foods to avoid for certain palates.  I have found that some servers do not communicate which foods one should reconsider.  There is a great deal of value for such suggestions.  Dining without our children was nice.  We ate every dinner with two other couples.  (We miss our tablemates already.)  Normally, we go to Palo once, but we decided in the planning process that we did not want to on this trip.  The pacing of the meals was appropriate and pleasant for adults.  We were able to enjoy each other’s company and the Disney entertainment during each meal. 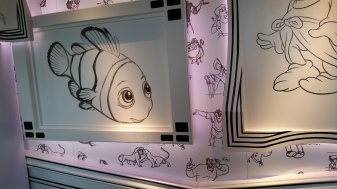 One area among many for the buffet 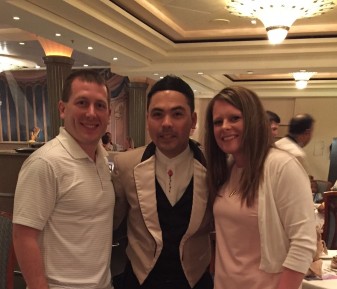 We were very pleased with our table service!

Speaking of entertainment, we watched STAR WARS and each of the live shows while aboard the Disney Magic.  We also enjoyed the fitness facility, Castaway Cay 5k and a couple’s spa treatment.  On past Disney cruises, only one of us was able to do most of what I just mentioned.  Our children are still young, and our youngest was not willing to sit through an entire live show.  Also, my wife was the only one of us with previous experience in a spa while aboard a Disney ship.  We could have utilized the kids’ clubs, but we did not fully taken advantage of them.  The live shows onboard any Disney ship are very well done.  Between my wife and me, we have seen eight different shows.  We have really enjoyed them.  Shows are something to make time for and are performed twice per evening, so both dining times have an opportunity to attend the show. 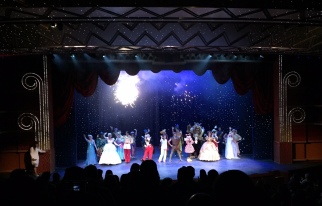 After a live shoe

Before Star Wars in 3D

This post is getting a bit longer than originally intended and a bit too in-depth in some cases.  I will offer my final opinions.  A Disney cruise can be enjoyed by all types of travelers.  There is an unparalleled level of service that is consistent throughout the trip.  Disney specializes in entertainment, so the entertainment onboard a Disney Cruise Line ship is a reflection of their expertise.  Their movies, online content, theme parks, etc. are enjoyed by all ages and a Disney cruise is no different.  We took a short, three night cruise.  We missed our children, but found that we would be willing to take another adults-only Disney cruise.  If we were to go any longer, our kids would have to be with us.  We took advantage of the onboard booking incentive, so another Disney cruise is already being planned.

-Justin Eggenberger, Co-Owner Adventure is Out There Travel, LLC