The Houston/ Galveston area has so many wonderful things to see and do. This year Houston is host to Super Bowl 51 Patriots Vs Falcons. Annual events for the area include Galveston, Mardi Gras in February this is the 106th year for the island.  Mardi Gras is tons of fun plenty of live music, drinks, and parades they do offer family events, but this is mostly an adult event.  In Houston one of the favorite annual events is the Houston Livestock Show and Rodeo this event established in 1931 occurs annually usually in March. This event has brought families fun for generations with carnival rides, fabulous Texas BBQ, shopping, great headliner music entertainment, pig races, etc. it’s fun for hours.  Baytown, host a yearly NHRA race around April.  This event is lots of fun for the whole family with nitro cars going head to head in a quarter mile at 300+ mph.

Up close with the drivers.

Year round entertainment is plentiful in the Houston area. The Downtown Aquarium, features carnival style rides, larger than life aquariums, and a restaurant. Houston has many museums to choose from Science, Health, Children’s, and Holocaust Museums just to name a few.  Houston, boast a great theater district with theaters both inside and outside. The Houston Zoo is not to be missed it’s truly Texas sized at 55 acres. The Houston Space Center has many great exhibits and hands on actives for the young and old alike. Be sure not to miss seeing the Apollo control room and the future of Mars exploration spacecraft.  The USS Texas BB-35, it’s notable for being the only remaining World War I-era dreadnought battleship. A short drive from the USS Texas you have the San Jacinto Monument at 567.31-feet-high this monument is 12feet taller than the Washington Monument. Houston, is also the home of many professional sports teams including football, basketball, baseball, and soccer just to name a few most of the facilities offer stadium tours also. Houston also has Wet’n’Wild SplashTown its a great sized waterpark guaranteed to cool you off on those hot Texas days.  Opening in the Spring of 2017 Gilley’s after many years the old Houston icon is coming back to Houston in a new location.  If Gilley’s sounds familiar to you that was the dance hall used in the filming of the Urban Cowboy.

Galveston Island is a great place to have a fun and relaxing time. The Sea Wall & The Strand are extremely popular places to be with food, live music, and fun abounding.  The newest adventure is the Galveston Island Historic Pleasure Pier (amusement park) its built out 1,130 feet over the Gulf of Mexico built in the same location as the original that was destroyed during Hurricane Carla. After that the original was replaced with the USS Flagship Hotel that was destroyed during Hurricane Ike now the new Pleasure Pier stands in its place. Moody Gardens is also great family fun with 4D theaters, a rainforest, aquariums, a beach, and a flight museum. The Island of Galveston is very rich in Texas history and American history many immigrants that where moving to America came to Galveston from overseas the area has  many old home tours that are great to see.  Schlitterbahn Galveston Island it’s an indoor water and outdoor water park for guaranteed fun even in the winter. Last but not least The Galveston cruise ship terminal, Disney, Carnival, and Royal Caribbean Cruise lines have 4 to 7 day trips to Mexico and the Caribbean. 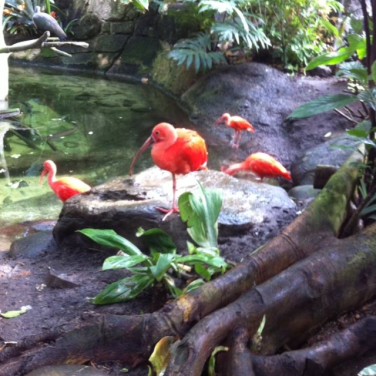 Within a short drive of the Houston / Galveston area are some places that you may want to visit also. The Blue Bell Ice Cream factory (in Brenham, Texas) and Shiner Brewery (in Shiner, Texas) these Texas originals are sure to please.  Surfside Beach is a great little beach that allows you to drive and park on the beach unlike Galveston were you have to park on the Seawall.  A Casino is now located just north of Houston in Livingston, Texas, called Naskila Gaming. Lake Conroe (near Conroe, Texas) is a great place for boating fun.

Lodging is vast in the area from 5 star hotels, hotels with a view of the beautiful Houston skyline, or a relaxing view of the Gulf of Mexico in Galveston.  Whatever your heart’s desire it’s here for you.  Food is also plentiful in this region.  Although, I have to say I’m partial to the shrimp, BBQ and Mexican food in the area.