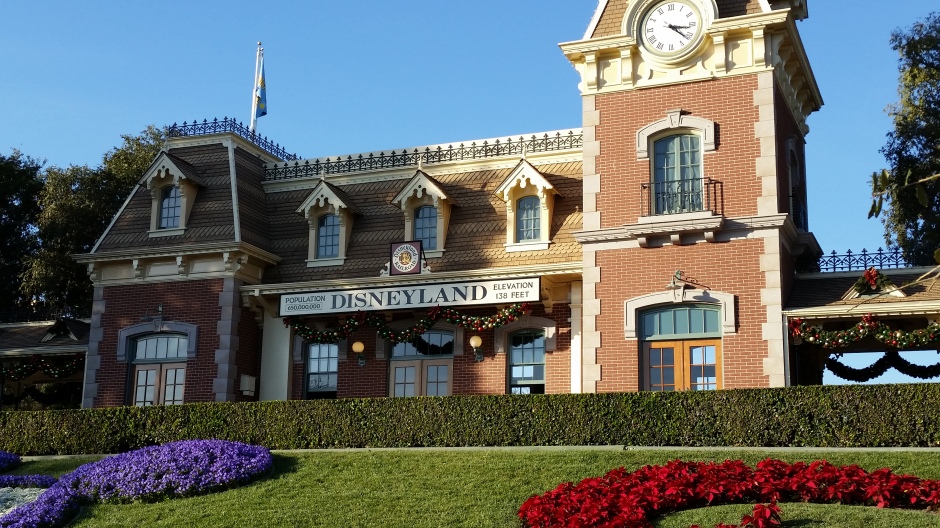 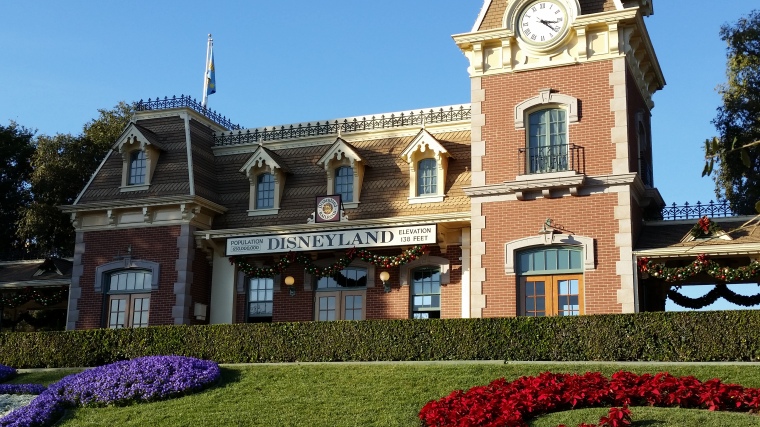 Our family traveled to Disneyland over the Thanksgiving holiday.  Ideally, we would have chosen a different time to visit, but several personal factors impacted our travel dates.  We flew out of Midway, located in Chicago, IL, on Tuesday morning.  The flight lasted four hours.  We have only flown as a family of four on one previous trip.  Our five-year-old son and two-year-old daughter fly a lot easier than their anxious father.  My wife, Tracy, is definitely the “team captain” when it comes to flying, and dad just plays pack mule.  Moving the kids through security and other congested areas is definitely a team effort, but Tracy handles most of their needs throughout the airport.  Additionally, she flies with a child on each side of her, which demands a great deal of energy and effort.  My primary duties are hauling the luggage and assisting our son to and from the restroom.  The first time we flew into LAX, we obtained a rental vehicle with AVIS.  (Remind me to create a short post on how big of a nightmare getting the vehicle was.)  This time we used Disney-contracted transportation.

As expected, the contracted shuttle service in L.A. is much different than that of Orlando.  In L.A., there are no cast members to make your luggage magically appear in your resort room.  You have to gather your luggage and haul it out to a waiting area.  The area is labelled and identified with green markers.  The pickup area at LAX is a step above (as in worse than most) the cluster most airports are.  It is setup in a giant “U.”  (See the graphic below.)  We waited in one of the first stops, which meant it took nearly an hour for the shuttle to make its way around the entire pickup area.  It was miserable.  After completing the tour of the pickup area, the driver announced that we were on our way to Disneyland which could take up to an hour and a half.  Luckily, the traffic was not bad and we made it in about 40 minutes.  This commute was a stark contrast to our drive to Yorba Linda in the summer of 2016.  The round trip cost our family slightly less than $100.  I don’t recall the exact dollar amount.  Here is a link to Disneyland transportation site:  https://disneyland.disney.go.com/guest-services/transportation/ 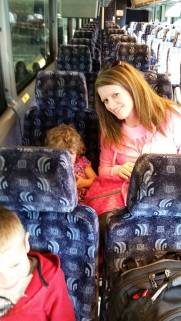 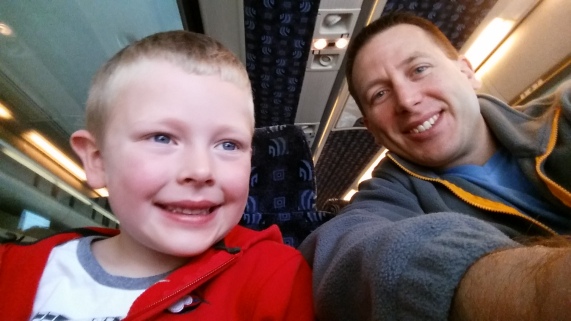 We arrived at Disney’s Grand Californian Hotel & Spa mid-afternoon.  The resort is incredible.  Upon arrival, cast members welcomed and asked us if we needed anything.  They also directed us to the lobby’s check-in desks.  The cast member was efficient and friendly.  He also was quick with valuable information about getting to our dining reservation and utilizing the extra magic hour the next morning.  He also shared information about the resort.  Overall, the cast member was a great introduction to the Grand Californian. 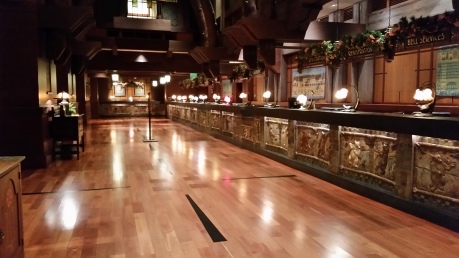 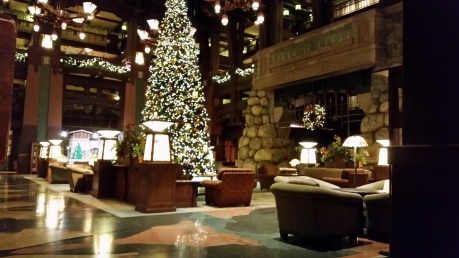 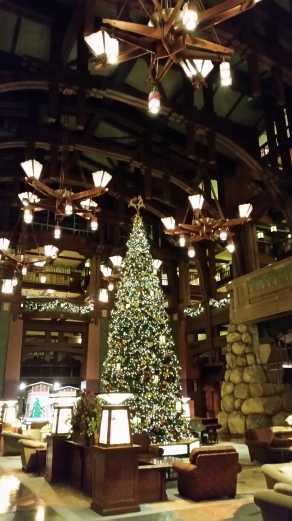 The lobby and atrium of Disney’s Grand Californian Hotel & Spa are magnificent.  The theme is described as “Craftsman-style Elegance” by Disney.  It is so much more than that.  The color is a dark wood, which comforts guests with a cozy feeling.  Within the atrium is a very large fireplace with a sitting area near it.  We were there while Christmas decorations adorned the area.  The decorations featured an extremely large tree and a magnificent gingerbread house.  The decorations had a classic feel without going over the top.  This trend continued throughout the parks.  Our first day in California was the warmest, but we did not swim.  However, the pool area is extremely nice and offers enough space for a vast amount of guests.  The Grand Californian offers two amazing features, which no other Disneyland resort can offer-an entrance to California Adventure and Downtown Disney.  The resort also has multiple dining areas highlighted by Napa Rose and Storytellers Café.  Both offer wonderful dining experiences.  There is also a snack area called White Water Snacks and two lounges.  Overall, we decided we would stay at this resort when we return to Disneyland. 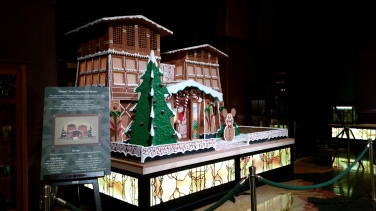 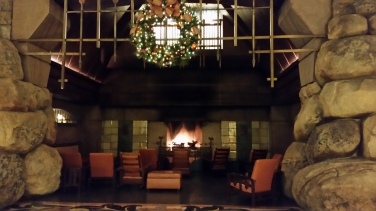 Come back to enjoy the rest of our Disneyland trip.

Justin Eggenberger, Co-owner of Adventure is Out There Travel, LLC