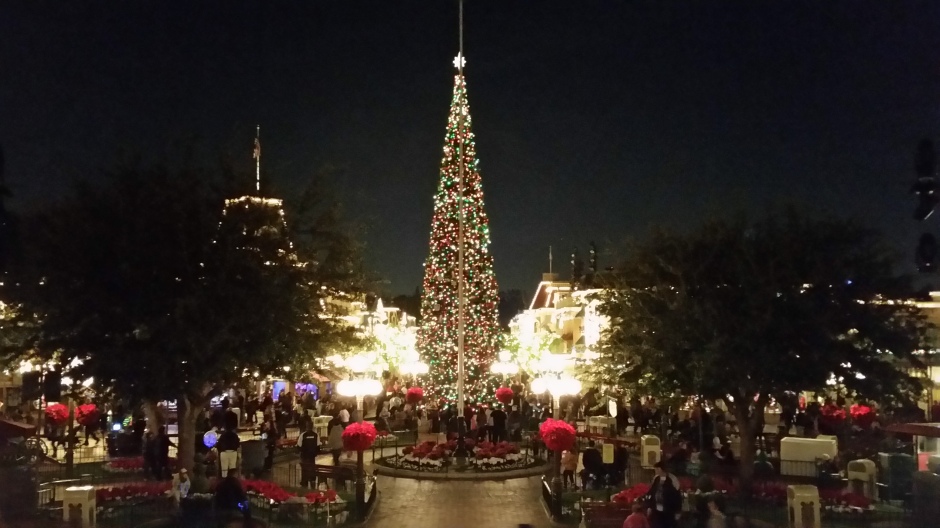 In Part 1, I shared information about flying to LAX from Midway and getting to Disneyland via Disney’s contracted shuttle service.  I also introduced the Grand Californian Hotel & Spa.  To reiterate some comments about the grounds, the G.C. is impeccable.  There are so many qualities that make it stand above the rest of your hotel options.  I will be revisiting some previously discussed and expanding further.  Enjoy, and if you haven’t read Part 1, you may want to read it before continuing.

The proximity to the parks from the Grand Californian is a feature that some overlook.  The ability to be anywhere in California Adventure or Downtown Disney and return to your room within 10 minutes is a convenient characteristic.  Couple that with travelling with a five and two-year-old and it’s a recipe to enhance everyone’s moods.  I would estimate the time from Disneyland to our room was between 15-20 minutes.  This is similar to staying on the monorail loop at WDW and returning from Magic Kingdom.

We arrived a couple hours before our reservation at Blue Bayou.  We did not waste any time heading over to Disneyland.  We exited the Grand Californian by way of their California Adventure entrance.  This may have been a mistake.  It was our first time in the park, and we found ourselves engrossed with several aspects of the park during our walk.  For example, our walk took us by my wife’s and my favorite attraction, Soarin’.  It was so difficult just walking right by!  Another thing I regret was walking down Buena Vista Street from the park to the main entrance too quickly during our first visit.  I found some of us wanting to stop multiple times.  However, the Grand Californian’s entrance to California Adventure is amazing if timed correctly.  It was BY FAR the quickest/easiest entry into any Disney park we have ever completed.  The Plaza area between the two parks is very simple.  I may have been expecting more, but I feel that Disney could do a bit more here.  The Plaza seemed baron and bland.  I get it.  They want you to move into the parks, but it felt like it was missing something.  Getting into Disneyland was surprisingly quick.  It was mid-afternoon on a Tuesday, so that was probably why it was so fast.

We wanted to take a few pictures on our way to Blue Bayou.

If you are looking for a place to eat in Disneyland, do a little research on Blue Bayou.  You will find that almost all reviews of the restaurant are positive.  You are also going to find that the place is very busy and can fill up quickly.  We arrived to Blue Bayou early.  We asked if we could be seated early, and they accommodated us without any hesitation.  Again, our timing was perfect because there were a lobby full of people waiting when we were done eating.  The atmosphere and theming at Blue Bayou is amazing.  The setting is nighttime in the New Orleans bayou.  Disney did an outstanding job mimicking the theme.  Additionally, the Pirates of the Caribbean attraction begins floating through the outer perimeter of Blue Bayou.  Some of the best seats in the restaurant are near this perimeter.  Blue Bayou offers guests Cajun fare.  They have a decent amount of options to choose from.  Here is a link to their dinner menu: https://disneyland.disney.go.com/dining/disneyland/blue-bayou-restaurant/menus/dinner/.  I tried the gumbo and Monte Cristo sandwich.  Both items were delicious.  Below are pictures of the food. 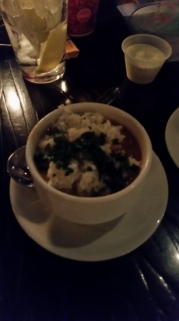 After dinner, we decided to visit a few attractions.  Our two-year-old daughter decided she would rather wait in lines on another day.  Instead, she and mom did a little shopping on Main Street.  That left our five-year-old son and me to experience some of the attractions.  We were already near Pirates of the Caribbean and the wait wasn’t too bad.  He had been to Walt Disney World, but Pirates was down for refurbishment during his visit.  This was his first time on the ride.  It went really well for the most part.  He noticed that the first scene was in the restaurant where he just had eaten.  He got a little scared when it went dark, but, knowing his personality, I knew he would be fine.  He LOVED the first drop!  This kid likes fast and wild rides (unlike his dad), so I was not worried about the drops.  He got a kick out of the scenes.  However, the boats got backed up badly.  We were stuck near the drunk pirate saying, “Here kitty, kitty” for nearly 10 minutes.  It was awful.  I kept trying to have him look at other scenes and talking to him about other things, but we were on the right side of the boat very close to the animatronic.  After the scare on Pirates of the Caribbean, he decided he wanted to go up Tarzan’s tree.  He actually caught me off guard.  By “catching me off guard,” I mean he took off running to the attraction and up the stairs without us discussing it.  Luckily, we were close and, he’s five, so it was relatively easy catching up to him.  The wait for Jingle Cruise was surprisingly low, so I knew we had to ride it.  I think the wait was only around ten minutes.  My son was unimpressed.  I was amused and enjoyed the Christmas overlay which I’ve never seen before.  I took some pictures of the Jingle Cruise, but they turned out terrible.  Next, we headed to Fantasyland.  In Fantasyland, we visited Dumbo the Flying Elephant, Mr. Toad’s Wild Ride, and one of our favorites: Peter Pan’s Flight.  As much as I wanted to stay, I knew he would be getting tired soon, so we headed back to the room.  I snapped one of my favorite pictures from the trip on the way out of Disneyland.

Come back to enjoy the rest of our Disneyland trip.

Justin Eggenberger, Co-owner of Adventure is Out There Travel, LLC