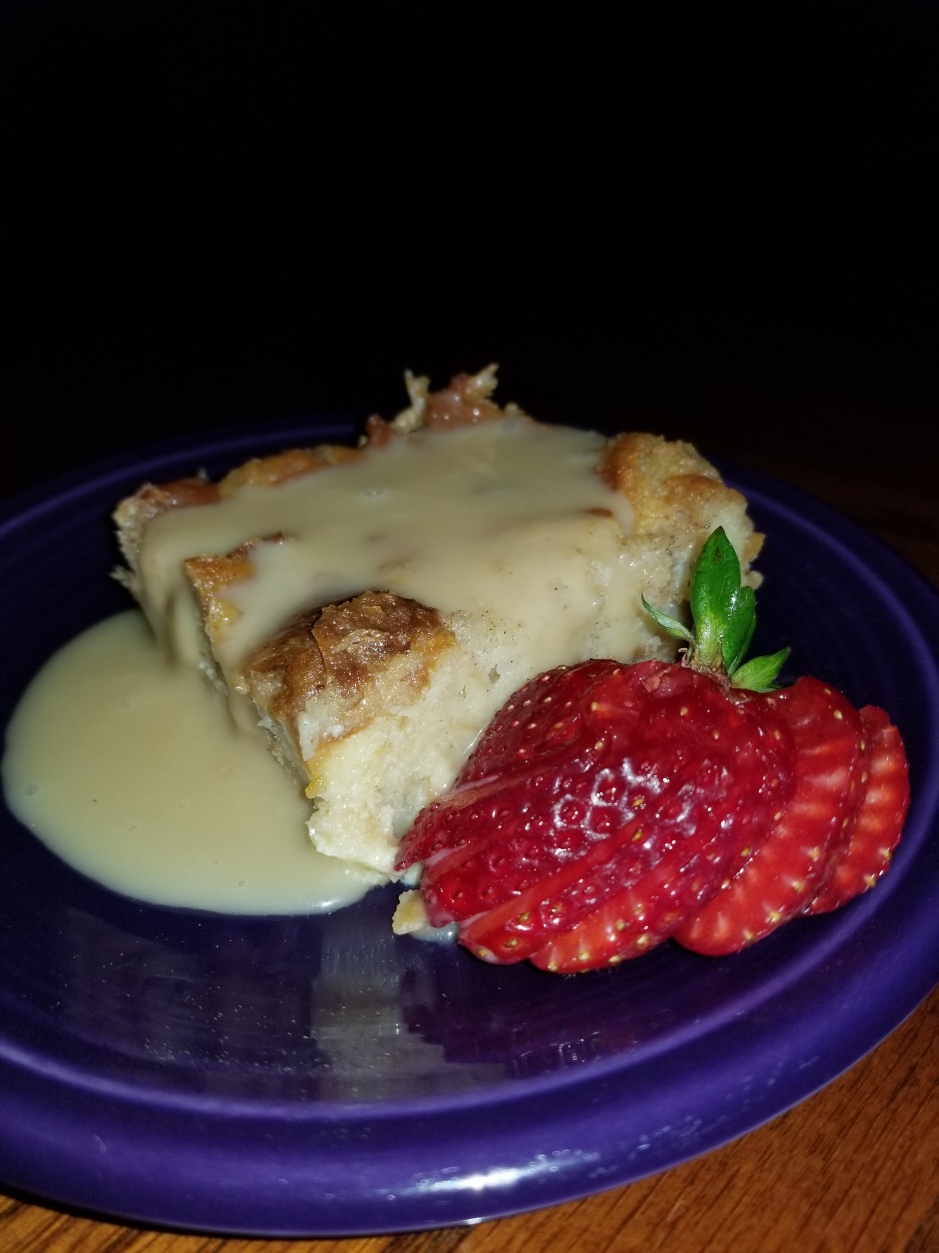 If you are like my family, you are missing Disney World and Disneyland. We didn’t even have a trip planned for the near future, but just knowing we can’t go has been a weird feeling. To make ourselves feel a little of the Disney magic, we started making some of our favorite foods from the property restaurants.

Today I am making Grand Floridian’s 1900 Park Fare Bread Pudding. If you have eaten at the 1900 Fare buffet, you probably tried this amazing dessert. It’s so sweet and rich. It’s a favorite of ours. I found the recipe online years ago. Here is the recipe I use: 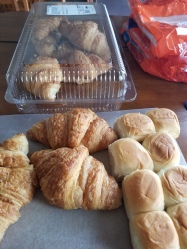 First off, I do not follow the recipe exactly. I was listening to the Mousetalgia podcast and one of the hosts had adapted the recipe and used croissants for part of the bread. I took that idea a little farther. For the bread I use half Hawaiian Rolls and half croissants instead of a loaf of bread. Can you say over the top? Yes it takes this recipe over the top. I also decrease the sugar in the bread pudding to 1 cup. With the vanilla sauce, it was just too 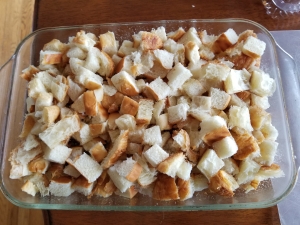 sweet with 2 cups of sugar and the Hawaiian Rolls are a sweet bread. I would suggest trying it with the 2 cups of sugar the first time to see how your family likes it, especially if you don’t plan to make the vanilla sauce. 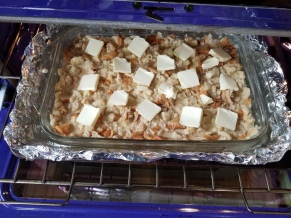 The recipe says to use a loaf pan, but I make mine in a 9×13 pan because my loaf pan is too small. The water bath is tricky for the bigger pan. I take a cookie sheet and make a pan out of heavy duty foil to hold the water around the pan. I haven’t had to adjust the cooking time for this pan.

One more cheat: I will be the first to admit that I have had some major fails when making custard. For a much easier vanilla sauce try this instead: 1 pint half and half or 1 can evaporated milk, 1 cup sugar, 1 stick butter and 1 tsp vanilla. Cook on low until thick. Stir and watch closely to keep from burning.

I hope you enjoy this dessert as much as we do!